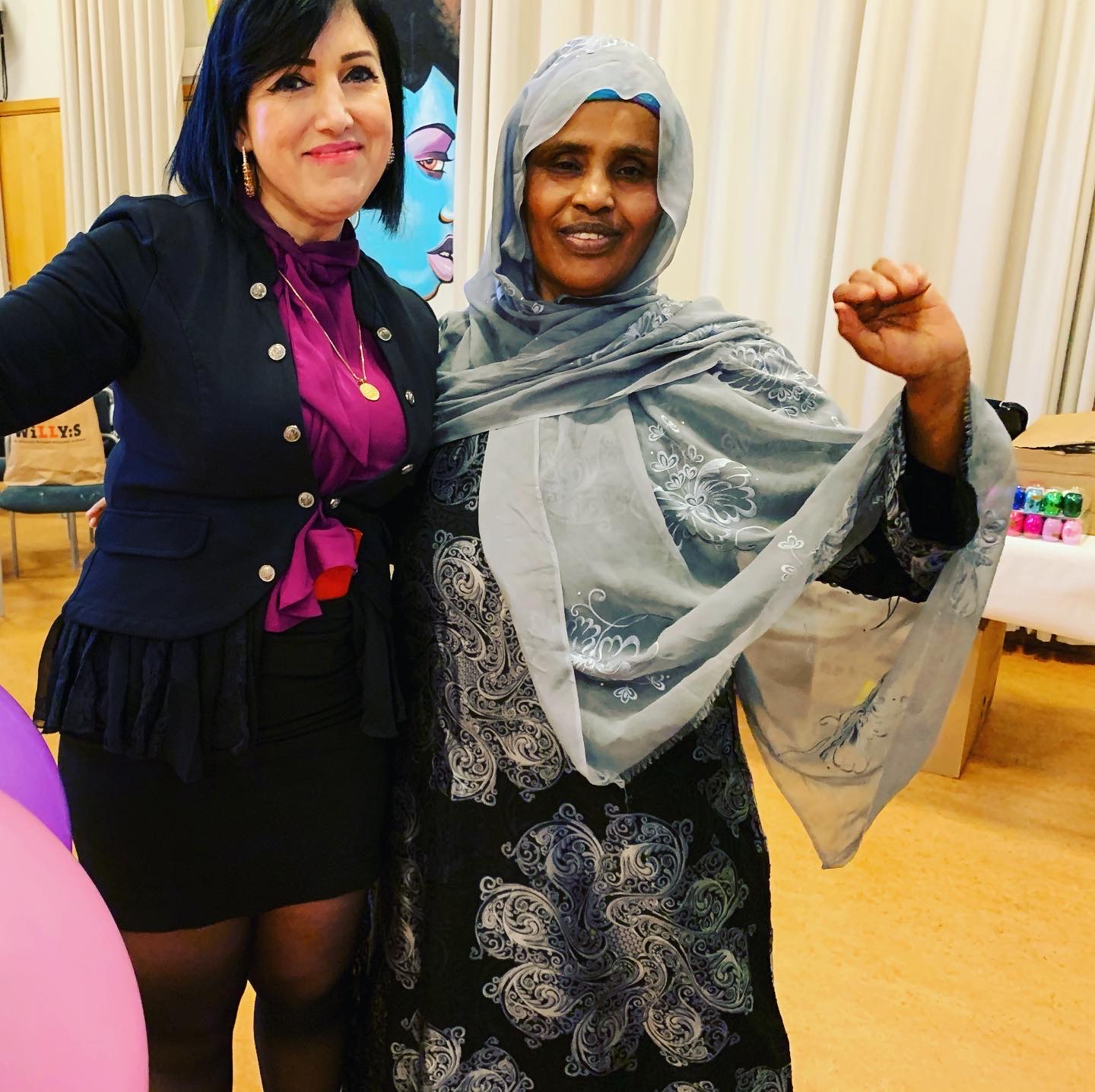 Reflections from the Kitchen

Between 9-15 October 2019 k.ö.k organised a workshop on Radical Care with Indonesian Art Collective Ruangrupa. We spent a number of days together at the Women’s Centre in Tensta/Hjulsta before heading out to the Stockholm Archipelago for a weekend camp together with students from the Royal Institute of Art in Stockholm, to think and practice together what Radical Care might mean.

Below a few fragments from the weekend we shared.

The kitchen door swings open to reveal a whirl of activity – mixing, frying, chopping, stirring. Hands are passing each other plates, knives, dirty dishes. There are familiar voices, new acquaintances, old friends all blurred together, working like they had been running a kitchen to feed fifty for years. Languages can be heard over the rush of water and spat of frying, Swedish, Arabic, Kurdish, Spanish but at a higher volume are the gesticular movements of hands, bodies, faces, communicating methods of cooking, better ways to chop an onion, the need for more water.

And then the lights go out.

A roar of laughter and then the quite murmur of continued work as some grab candles and mobile phone torches. No panic, just smiles in agreement that our newly formed collective would figure it out.

And then the water went off.

Another roar of laughter, a few questions, ‘should we use the water from the sea to wash up? May be can drive to get water in the morning? I need water to take my medicine….followed by a return to the hum of collective maintenance work.

A wood fire sauna has been tended since lunchtime. It sits on the edge of a grassy bank leading down to a jetty stretched out into the clear water of the Stockholm archipelago. Some walk to the sauna as a gentle rain begins, they are glad to enter the warmth of its entrance. On their way there, there was talk of sexual orientation, having children with our friends and the desire for other modes of living. The weekend had seen a collective expand not only with new friends and meetings but with the intensity of living together outside the buzz of the urban routine. For some this was their first trip out of the city, a journey possible to take when not alone. Undressing, there was no flash of embarrassment. Instead, talk of post-cancer breast operations and the artistry of tattooed nipples. In the sauna other bodies joined, relaxed, laughing, chats in multiple languages, translating, laughing again. Aching bodies were squeezed and massaged, roles shifting between receiving and giving care.

And then….too hot and a run, a slip, a jump into the ice cold sea.

A minute of silence to pay respect to others in places far from our archipelago dwelling. A minute of reflection amongst the continuous bubble of voices, tea making, water fetching, cleaning, carrying, complaining. A gesture of alliance and solidarity.

A political critique, to remind us of the radical struggles going on in the world, as we cosy up over a cup of coffee to talk about care. The reminder points us toward activities taking place outside of Sweden, outside of Europe that speaks to different bodies within our temporary collective in different ways. To some it is a moving reminder of the continuous fight of liberation movements, to others it is a reminder of trauma, wounds that never heal. What care can we take in sharing our solidarity with different people? What care is in a reminder which re-politicises bodies which in Sweden are already always politicised? How does it conform to a world view that isn’t able to see some people’s depoliticising, their refusal to be reduced to one reading, a way of doing politics in other ways?

A voice, ‘we have come here to have a weekend together away from politics, to be together and not bring all that other stuff we are always burdened with here’.

How can we care to accommodate our many differences? How can we care across political, cultural, economic, generational divides? How can we not generalize care but pay close attention to the specificities of care for each relation, each situation? And what sensitivities do we need to develop a practice of radical care that raises critical questions that we commit to work through together? How do we not care too much, and in our efforts control someone else’s capacity to care for themselves, or burn out from the burden of it?

How can we describe caring in a world that trains us to not care at all?
When care is as overwhelming as it is emancipating?
When it is as thick and messy, as it is clear and concrete?
When it is as precarious as it is constant?
When it feels like a buzzing kitchen and a squeeze of the shoulder?

Drinking water collected from the local supermarket a few miles away.
september 3, 2019